I came across a presentation at the University of Oxford on the ‘Show Series‘ that was called “Pure Data – a musical programming show and tell”. I went expecting more about ‘data’, ‘big data’ and ‘stuff’, with a few related notes (pun intended) about music…

But was pleasantly surprised.

What is Pure Data?

“Pure Data is a flexible and accessible programming language widely used by musicians because of its friendly “patching” interface.” (from the ‘Show Series’ description)

The talk demo-ed some entry level projects and gave an overview of how the program is used to control and make sounds. He gave an introduction of some of the objects used to create a sequence of sounds, and controllers such as oscillator, volume and digital to analogue objects. I really liked the references given and the speaker pointed us to these:

A few observations for the future (and once you learn the basics you might remember this):

This last one has different ‘skins‘ and a tidy control panel, the two videos already exemplify some of the power of PD and also how complex a composition can become. I think if you understand music theory in some level you can benefit greatly, but if not, have fun just playing with the various controllers.

Another great and fun thing to do is to turn your music creations into apps, here are two references on how this can be done:

On the ‘make an app’ note, there are two versions of Pure Data to download, the “vanilla” and the “extended”. The vanilla apparently is easier to export your patch to an android app, however the extended version comes with loads of useful libraries.

You can check the screencast of the Pure Data ‘Show Series’ and maybe learn a bit more than what I listed here.

Matt Gifford couldn’t make it and Liz Myers was able to give a good introduction to some of the Adobe products and features as well as the use of PhoneGap on an sample app, mentioning RWD in some parts or the presentation.

My notes on what I could grasp…

Mobile apps that work with above are free

On Photoshop CC – Improved layer comps (check if is applicable for current files, sometimes you don’t want to apply down)

To test on the Chrome sometimes we have to go over security (She used Snippets app – I would probably use Github gists for free :))

She suggested jQuery mobile (JQM) – getting latest stable version.
The jquery.mobile.structure-1.4.2.css file that comes with it has bare bones CSS, just enough to start with style from scratch (and “don’t look like jQuery mobile app”) but you don’t need to use the structure version if you don’t want to.

Go to demos – http://demos.jquerymobile.com/1.4.2 and explore the documentation together with examples of how they would look (1.4.2 was latest version at the time of writing); she mentioned the listview widget was used on the 2Scoops App. (Pro jQuery mobile book was also mentioned)

Opening Edge Code – Liz showed initial html declarations, highlight for ‘viewport’, then links to jQuery and CSS links…. there is a configure script that configure JQM – but she mentioned to me at the end of talk the use of ConfigGap to help with initial config file and it seems quite handy.

Edge Inspect – review their content across multiple mobile devices. Wirelessly pair multiple iOS and Android devices to your computer, grab screenshots from any connected device, and see real-time results from changes to HTML, CSS, and JavaScript.

Live Reload – monitors changes in the file system. As soon as you save a file, it is preprocessed as needed, and the browser is refreshed. Even cooler, when you change a CSS file or an image, the browser is updated instantly without reloading the page. 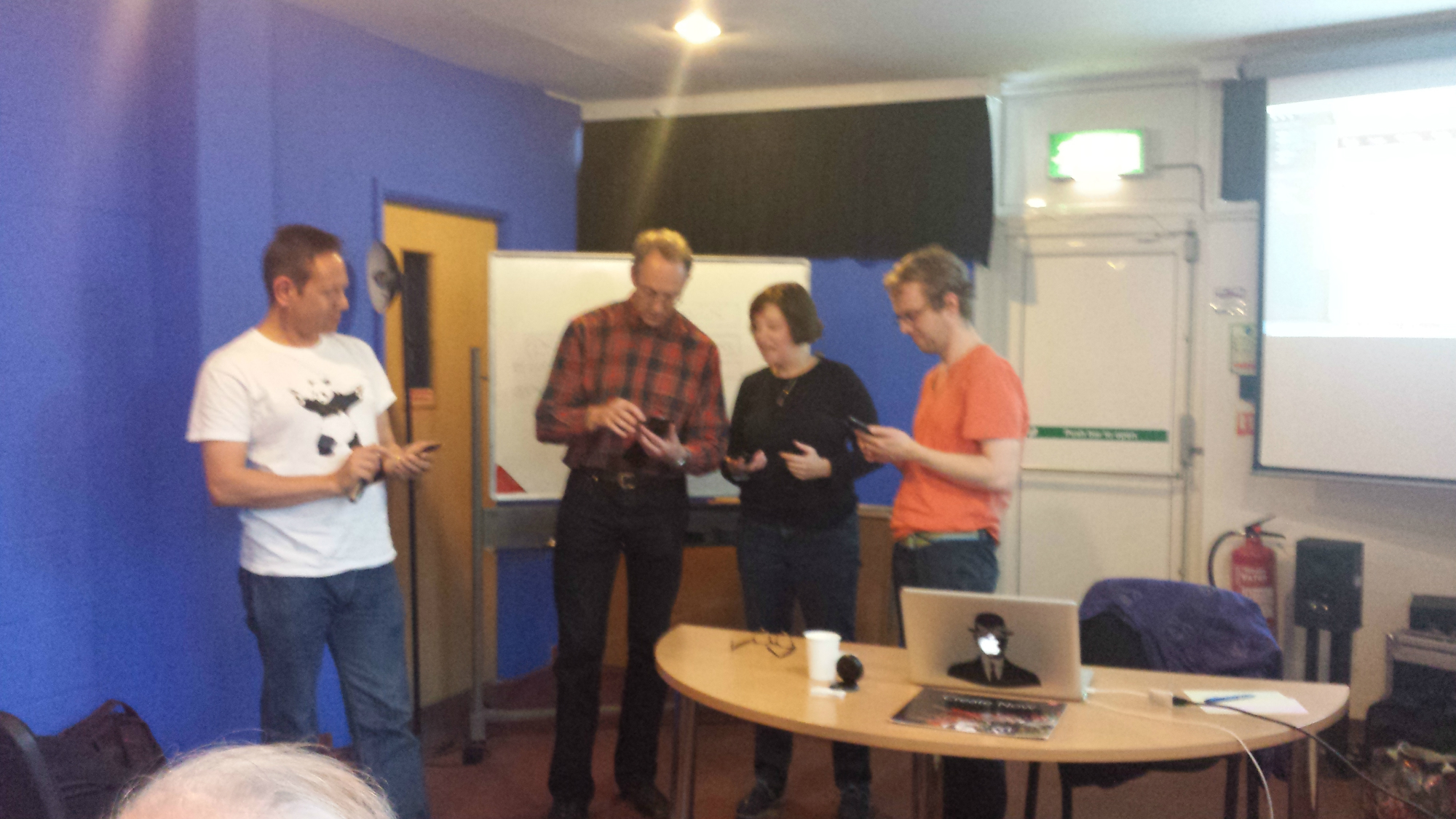 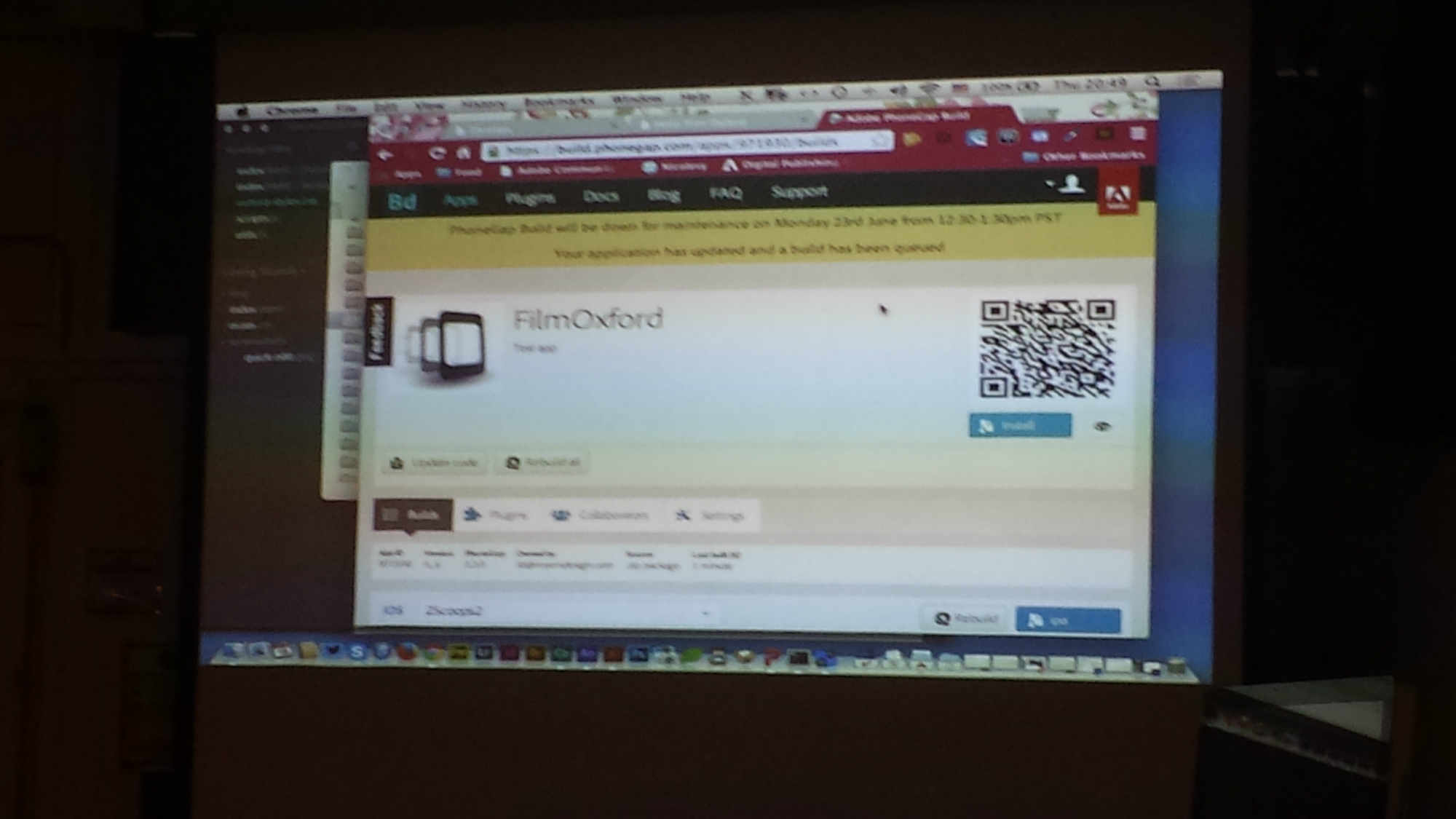 Link to conference programme and workshops 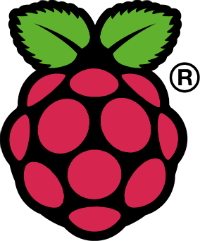 WHAT: It is a credit-card sized computer, it can connects to a mouse, keyboard, tv or monitor, power plug (you can use from your own mobile if you have a micro connector) and it has the following structure:

You can buy for $25 (without ethernet port) or $35 and despite they do have a backlog, on the conference was announced that it will clear in about a month or two. The demonstration of programming was OK, but the ‘media centre’ similar to X-box was really good. It is without doubt that has great potential for a simple use or for more interesting computing purposes. If you think about giving a presentation somewhere and you don’t want to carry your 1.5kg laptop you can consider carrying a ‘credit card’ and just plug into a screen/mouse/keyboard on the presentation venue. Impressive!

You can get many of your answers if you go to the Raspberry Pi FAQ page.

On the ‘designing a box’ for it, I just couldn’t resist to this Lego kit. Will be definitely getting one soon! (first need to order my R.Pi in UK can be bought from Farnell or RS)

The London 2012 Olympic and Paralympic Games aim to be the most connected games to date.

Security, reliability and performance of the network infrastructure will be critical, with stability taking precedence over creativity. London 2012 is not about doing anything Cisco has not done before. Rather, it is all about doing what we do, but doing it better than ever.

Cisco are supplying the routing, switching, firewall and IP telephony to approximately 100 venues across the UK including:

Cisco is providing connectivity to the Olympic games, it is working with many partners to provide the service and it is expected to be the ‘most connected games ever’. Cloud technology is being used for first time. Even for the monitoring of construction sites and other Olympic-related business the partners/employees are using videos (Cisco call them ‘Show and Share’ so people can make a video of what is going on, hold meetings over internet or phone and discuss the progress of the work). Some of the technologies that are being used is the Cisco Webex (a free account, open to anyone allows 3 people per meeting, 250 MB storage, Standard video, Audio: VoIP (Internet), Share: Desktop, the premium account has more perks, check online if interested… However I wonder what is the real benefit of Webex compared with Skype…)

Some of the links shared:
Cisco.com/go/collaboration
Cisco.com/go/videos (which didn’t lead to anywhere… shame on the presenter! maybe try this one??? http://www.cisco.com/web/telepresence/video-conferencing.html

The presentation also mention Cisco and its relation with educational programs/partners. He mentioned the STEM initiative – Stem academy. One of the fronts will help people that might not have a chance to education and skill training (for financial/social reasons) to get the appropriate technological skills preparing them for the future. I like the way the word of “Legacy” appeared and how we should care/prepare to leave a good legacy and carry on our work into the future. The other front is to creates opportunities to inspire young people in Science, Technology, Engineering and Mathematics (STEM).

New digital initiatives at the Bodleian

Mike showed the DAMS structure, with emphasis on the preservation section. He showed a few screenshots of projects going on at the BDLSS, such as the Digital Images (Blockbooks), Digital.Bod, ORA (and explained what it is about). Mentioned the BEAM (futureARCH blog) – relating to the preservation theme/discussion; mentioined EMLO and showed a visualisation done with a 50-year-window to demonstrate the letters sent and received at that specific time. Mike also mentioned the scanning process and the workflow changing to BDLSS, making it more dynamic and fast. He showed a few other project screenshots such as Oxford google books, What’s the score? (the crowdsourcing part), mentioned that Bodleian also have an app for the Treasures of Bodleian (how come I just discovered this on the presentation???), the Queen Victoria project. We had questions about editorial on whatsthescore project (how to merge/combine/edit information coming from Zooniverse and how reliable that information is) and someone asked about the image kits/technologies used at the BDLSS.

OUCS will be replacing some structure for the Status.ox using Nagios and other kits (so if Nexus goes down status.ox doesn’t :)). Also replacing Events.ox, they are offering now Telecoms self-service (voicemail over web).

She mentioned the Manifesto, which states:

We are uncovering better ways of developing software by doing it and helping others do it. Through this work we have come to value:

That is, while there is value in the items on
the right, we value the items on the left more.

Check names and other things at the Agile Manifesto site.

Sara has a DSDM training, which is similar to prince2 apparently. The important things that she said we could keep our minds to be able to deliver Agile projects are:

Her suggestions were to use timeboxes or sprints plus burn down chart, developers define task time! (points or hours, check cards -poker issue, until agreement is reached). Try to demo the system with user as the project goes along so they can be involved and also give feedback on how the features should behave according to their expectations. She also mentioned a possibility to give access to users to the development site so they can see the project on early stages (communication and someone filtering complaints or features suggestions could be needed for development)

She recommended Keith Richard’s book Agile project management: running PRINCE2 projects with DSDM Atern. And he has a consultancy/training site.

In this presentation a practical look is taken at how the use of implant and electrode technology can be employed to create biological brains for robots, to enable human enhancement and to diminish the effects of certain neural illnesses. In all cases the end result is to increase the range of abilities of the recipients. An indication is given of a number of areas in which such technology has already had a profound effect, a key element being the need for a clear interface linking a biological brain directly with computer technology.

The emphasis is clearly placed on experimental scientific studies that have been and are being undertaken and reported on. The area of focus is notably the need for a biological/technological connection, where a link is made directly with the cerebral cortex and/or nervous system. The presentation will consider the future in which robots have biological, or part-biological, brains and in which neural implants link the human nervous system bi-directionally with technology and the internet.

This presentation was so good and interesting that was really hard to take notes… he demonstrated a few implants that he had installed on himself, (Class II implants (RFID) arm and nervous system), mentioned Sensory substitution – where some students had implants on their fingertips (to allow detection of nearby objects by their vibration(?)) and a sensor in one student’s tongue.

And Kevin Warwick also mentioned about “Enhancements”: memory, communication, senses, multi-dimensional thinking, extending the body, in build machine, etc. (for the creation of the super-human)